She Cries is fiction but one of the reasons I was able to tap into such raw emotions is because of the ‘Sports Heroes Are Gods’culture we have today. Recently, the U.S. Department of Justice released a report on how often the campus police at major universities actively discouraged women from reporting sexual assaults when it involved university athletes.

When NBA star Kobe Bryant allegedly assaulted a 19-year old hotel employee, despite very compelling evidence, Bryant’s defense “accidentally”revealed the young woman’s name and address then sat back and watched the sports world harass, threaten and terrify the bully until she was almost too unstable to testify. Similarly, NFL quarterback Ben Roethlisberger was accused on four separate occasions of rape with multiple witnesses to two of the assaults with additional testimony from former teammates, trainers and acquaintances that were extremely damaging to Roethlisberger and, yet, it was the women in each case who was dragged through the mud while the notorious abuser of women walked with a small monetary penalty. There was not one victim of domestic violence or sexual assault who missed the message: Sports Heroes are Gods and can do whatever they like to women.

Just today, Oregon State University announced that while they are not disclosing any information, they have released three student athletes from the basketball program following an “investigation”into the rape of a female student. This follows the grand total of six athletes the previous week currently under investigation for sexually assaulting women.

Sadly, men attacking women is not new. But we do have a new term, adopted in the sports world, called “group sex.”It’s perfect. It’s convenient. They can testify on each other’s behalf that it was all consensual while the victim is left ostracized from her own community. As one young woman testified, “I knew the guys I ‘buddied’ with sometimes had group sex, and that they even hid in a closet and took pictures of the event, but I never thought it would happen to me.”  She was raped for almost three hours. She blacked out as she was being sodomized, and came to later with a quarterback’s penis in her mouth but she would not call what happened to her rape for some time. “These were guys I knew.”They were heroes on campus. Instead, they (the heroes) testify that the girl “asked for it”and what happens? The athlete is suspended for a few games and remains the hero and we all have a good laugh about boys being boys. But did you ever notice that there are no accusations of gang rape (or group sex) among tennis players, swimmers, or golfers? Because of this cultural attitude toward women and rape, I was inspired to write a book in which truth prevails and the “hero”is revealed for the true monster that he is. I dream that one day this will not just be a work of fiction but that team owners, the commissioners of the NFL and NBA will have the moral conviction (and backbone) to choose humanity over the dollar sign.

I love She Cries for the romance, the horses, the girls, but this is also a deeply personal story about women fighting back. A real hero is a person who displays courage, not violence.

Release Date: 8th May 2014Genre: Romance/ Suspense Published by: The Writers Coffee Shop
Available from: Amazon, Kobo, Barnes and Noble, and TWCS PH
Summary:
Kali Jorgensen is the head instructor at Rainwash Ranch in Horse Canyon, Utah, leading cattle drives for celebrities and CEOs. Living and working alongside her three young daughters and her in-laws is as perfect as life can be since the death of her husband. She’s all about horses and family until a legal team from Houston, Texas, signs on with one problem athlete, his posse, and a world of trouble, and life on the ranch turns upside down.
The Jorgensens are unaware of just how deep the legal woes run with the pampered athlete and just how far the legal team will go to protect his image. Even more alarming is Kali’s unexplainable attraction to the lead attorney.
She Criesis a nail-biting, suspense novel that will leave you signing up for a cattle drive and falling in love with the most unlikely of heroes. 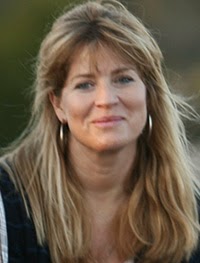 Alexandra Allred is a former national and professional athlete turned adventure writer turned humorist and novelist. She’s often been called the next Erma Bombeck with a grudge. Her annual Christmas letters, which have frequently made the news, could make the Grinch weep with joy. For a taste of holiday glee, see Blog.
She Cries is a very personal novel for Allred as many of the horses featured in this book are based on horses she has known and loved, including her beloved Star.
Allred writes for Waxahachie Daily Light newspaper, continues to testify in Washington D.C. on behalf of children with asthma and our need for clean air, and she’s never too far from her gym in Midlothian, Texas. You can always drop her a note at her Email Address.