I usually don’t do this, but as I was looking at what I had pre-ordered, I thought what the heck. Let’s talk about the books I am anticipating for 2020.

Knight Awakening by Rebecca Zanetti returns us to the Scorpious Syndrome Series after what seems to have been a long break. Slated to release February 25, 2020, I have this on pre-order!

After that it’s just three short months for Broken, part of the Deep Ops Series, to release. Slated for May 26, 2020 – I already have this one pre-ordered as well.

This is going to be a big year for Rebecca Zanetti – she has 4-5 books releasing along with a new series possibly or it might be pushed to 2021. Zanetti’s Dark Protectors series is going to get a few more books, but I am currently on book 3 so I have some books to get through before I catch up.

If you want to pre-order any of these books I list, click on them to be taken to Amazon through my Affiliate link. Thank you!

Kendall Ryan writes books faster than I can keep up! Her Hot Jocks series has been pretty good. The next installment, Crossing the Line, is due out January 20, 2020. And then another one, Down and Dirty, on February 3, 2020. Sorry there isn’t a cover for Down and Dirty yet. Not listed on Goodreads as part of the series, but a new release is The Bedroom Experiment dropping February 11, 2020 marked as a Hot Jock Novella. See what I mean? Three book releases within three or so weeks!

Play Fast is the second book in the Brooklyn Dawn series. This is a writing duo that also goes by Taryn Quinn. Brooklyn Dawn is a rockband in the world of Lost in Oblivion, Found in Oblivion, Hammered and Rock Revenge. It has even dipped into the Crescent Cove series (formerly DILFs). While I would say you don’t have to read all of these series, I would say name drops would get confusing. Even for someone who has read them all, I got confused recently on who was who. In the end it really didn’t matter, just kept irritating me I couldn’t place a star character. Play Fast’s pre-order date was moved from 2019 to January 19, 2020.

We haven’t had a new book in the Hammered series and I can say I am dying to find out what’s going on with one of the band members who has acted funny most of the series. Please tell me there is another book coming! The writing team is taking it slower in 2020. Books used to come out a fast rate and I wondered when burnout might happen and while I don’t think they burned out, they had some events happened that forced them to slow down. I am giving them my support to slow down even if I am clammering for new books from them. Just a fan girl, but I can also be sensitive to their need for time away from writing books for me.

I have recently gotten on a The Bailey’s series kick. I have no idea what drew me to the first book in this series a few weeks ago, but I know I am in love with this family of nine siblings (two sets of twins). Confessions of a Naughty Nanny by Piper Rayne comes out on Januay 7, 2020 which is book 6! June 23, 2020 introduces Secrets of the World’s Worst Matchmaker, August 4, 2020 Winning My Best Friend’s Girl, and September 15, 2020 Rules For Dating Your Ex wraps up the series of nine siblings! Piper Rayne is the writing team of Piper and Rayne. I am hoping to look at some of their other works soon and maybe a new author fan girl here.

I have really wanted to read more books by Kristen Ashley. The few I have read are high on my list of favorites. Dream Maker is a new story in a new series, Dream, that I would like to get in on at the beginning. Just hoping no cliffhangers get me! Comes out May 25, 2019. 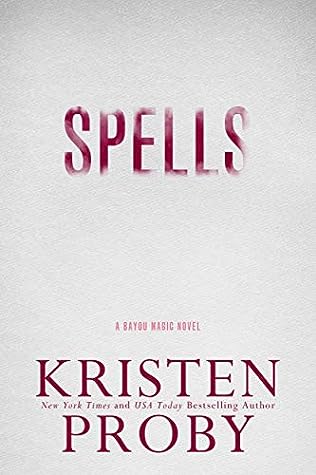 Kristen Proby’s Bayou Magic captured me even if I didn’t like the romantic aspect to the story. It also is very creepy, evil and not my normal reading material, but you know those books that grab you and you can’t stop? Yeah, that’s this series. Three witch sisters with different powers are stalked by evil. While the immediate threat seemed to be neutralized, I think it really is coming back to bite them in the ass and bringing some friends to help. Spells is slated for October 27, 2020 – just in time for Halloween.

Rumors, but no Confirmations on dates!

Jaine Diamond also has a new series I am gobbling up as soon as she releases them. I expect a book or two for the Player Series to grab me.

Kylie Scott mentioned in her FB Group she has a new book coming! “The Rich Boy” sometime out late Jan/early Feb! She also has a 1001 Dark Nights book in her Stage Dive series coming out later in 2020.

Lili Valente has become my new obsession. She self-publishes so I couldn’t find a release schedule, but I am sure we will see more in her Bang Theory Series along with some other great books I can’t wait to read. I need to find time to catch up on some of her back list.

JoAnna Wylde hasn’t released a full novel in years, but has released a few novellas through 1001 Dark Nights. I have seen her at the last two Readers on the River Conferences and still want to see her jump back into the Silver Bastards series or even her Reapers series. UPDATE: 1001 Dark Nights sent an email that they are launching Blue Box Press in 2020 to handle full length novels and JoAnna Wylde is listed as one of the first authors they are publishing under this label! Other listed authors: Kristen Ashley, J. Kenner and Kennedy Ryan.

Larissa Ione released Reaper in October to end the Demonica series. Now she is jumping 25 years into the future with the kids grown up and new ways the world is ending. I am sending up lots of good wishes on a new book in 2020! Or even one in her vampire series that we haven’t read in a few years.

Well, there are probably a lot more that will be added to this list, but for now that is what I know about at this time. Check out our quarterly review for more book we are anticipating as we find them out! What books are you anticipating for 2020?

Review: Not a Hero by Cherise Sinclair

Oh my yes, I want the new Scorpius Syndrome book. Didn’t know it had a date. Woohoo! I love seeing your list and hoping all your picks and wishes for a new one come true especially a Joanna Wylde novel-length. 🙂

I know! Scorpius Syndrome just got left behind when there was some confusion. I found this in one of her newsletters it was coming, but I also belong to her FB group. Her assistant posts a lot of what is going on. I met her (I can’t spell her name so I won’t try to butcher it). She was such a delight when I talked to her about my favorite author besides Rebecca. We agreed! I hope the blip I read in the 1001 Dark Nights newsletter is right. They are starting their new full length branch and Joanna Wylde’s… Read more »

I still need to read the Scorpius Syndrom series. I am not sure if I will get to it in 2020 but I do hope to tackle it in the future. Most of these books are new to me but I love it when I am excited about upcoming books!

Scorpius Syndrome is a great series, but be sure to start with the prequel or you will be as lost as I was in the first book.

Oooo! Got some good ones!