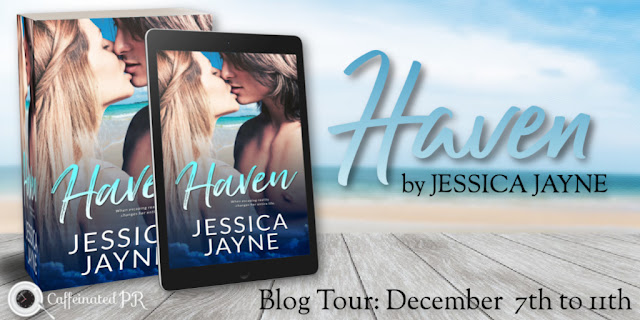 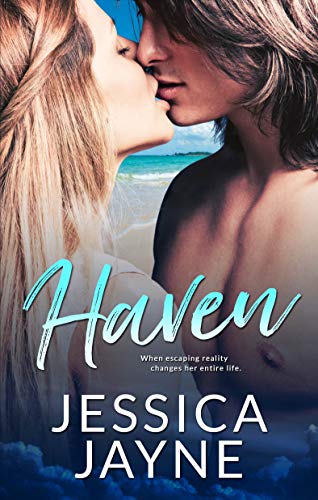 A week to think, a lifetime to love.

When a young attorney arrives on the Big Island with the goal of moving past her broken engagement and predictable life, a brooding but sexy man is not what she expected but is exactly what she needs.

Mia wants to move beyond the years of her life wasted in pleasing everyone else, except herself. She travels to Hawaii, where she can be alone–where she knows no one and no one knows her. But instead of the solitude she craves, she meets a handsome stranger with the uncanny ability to see the person she wants to be.

Love is for other people, or so Kekoa thinks. The Hawaiian surfer is no stranger to heartbreak or sacrifice. He’s all but given up on his dreams, resigned to live the life his deceased father had planned for him. And then, a curvy and dark-haired bundle of sunshine rents a room in his family’s inn and everything changes.

Maybe love isn’t too much to hope for after all…. 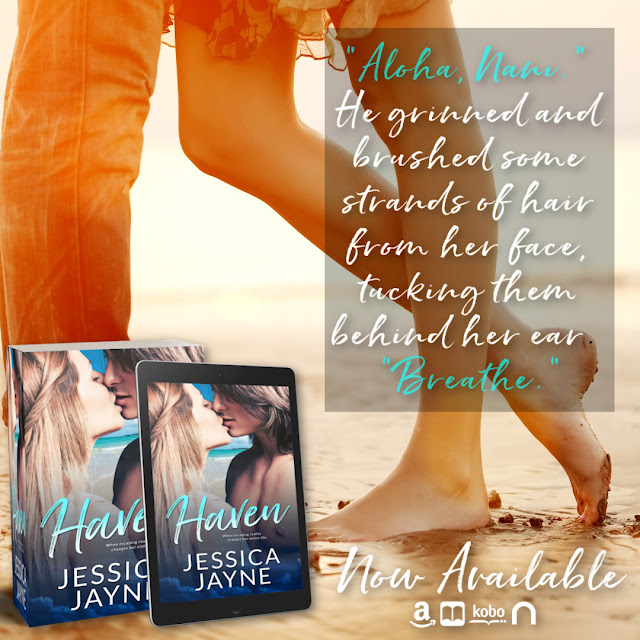 Climbing out of the shower, Mia felt refreshed. It had been a great first day minus the awkward start, but she didn’t want to erase the run-in with Kekoa or the way his simple presence had made her feel alive.

Phina had been thrilled to whip her up a quick ham sandwich with a malasada on the side. Mia might pack on a few pounds if the Hawaiian doughnut became a regular treat with every meal.

After lunch, she lounged around by the swimming pool, dipping into the crisp water and draping her arms over the edge of the infinity pool, taking in the view. She’d even snuck in a twenty-minute nap before hitting her shower.

She had ten minutes before she had to meet for her massage. Slipping on a black running skirt and a pink tank top with shelf bra, she slid her feet into her flip-flops and pulled her hair into a ponytail. Then she meandered through the Inn and down the pathway toward the gazebo.

When she reached the square wooden gazebo partially extended over the hillside with stilts, she peered between the cream drapes hanging from ceiling to floor on three sides, creating privacy from any passersby. An open side provided a broader view of the beach below. It was breathtaking. The sound of the waves lapping the shore put her in an even more relaxing mood. The massage table, swathed in cream sheets, sat in the middle of the space.

“Excuse me,” a deep, raspy, somewhat familiar voice interrupted her intake of the space she’d be calling home for the next hour.

Mia startled, whirling around and inhaling sharply. Him! Her eyes widened in astonishment and her mouth fell open.

All six feet plus inches of hot, brooding surfer stood before her looking like the mountain she wanted to climb. He tied his dark hair up in a man-bun, wisps fluttering in the gentle breeze. With his hair out of his face, his prominent cheekbones, strong jawline, and rounded chin were more visible. He’d shaven since that morning as his cheeks and jaw were smooth. She itched to touch him, her fingers twitching at her sides. His scarred eyebrow quirked, and his mouth twisted as if ready to say something, but the sight of her prevented him from doing so.

“I-I’m waiting for my massage therapist,” she squeaked out. Her belly fluttered with sensation at being this close to him again. “I-I have an appointment at three-thirty.” She had done nothing wrong. Why was she so intimidated by him?

For crying out loud, she argued before judges and negotiated the terms of a client’s contract or presented to a board of directors explaining the contract she’d drafted for the company. A menacing, yet extremely hot surfer should be easily handled.

“I should have figured.” He blew out a breath and his gaze flicked upward to the heavens.

“What’s that supposed to mean?” Mia quipped, raising her chin and gaining some confidence.

“I’m your massage therapist.” He belted out a boisterous laugh.

“What? No.” She shook her head in complete denial and waved her hands emphatically.

Undressing and lying on the massage table in nothing but a sheet before this man had her heart slamming against her chest. She considered his large, powerful hands that would rub oil into her skin while working out the tension in her muscles. A tingling sensation stirred between her legs and arousal rushed through her.

“There must be some mistake.” Her mouth went dry, and she shuffled a few steps backward, hitting the step of the gazebo and falling on her bottom. 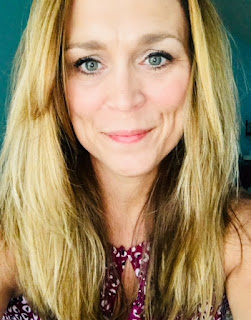 Jessica is a born and raised small-town Ohio girl, who moved to the Sunshine State after graduating from college with an English degree. She attended law school and passed her bar exam on the very first attempt. She met the love of her life in a romance novel sort of way. They married and have three beautiful (and sometimes crazy) kids. Jessica loves to travel and travel often! She’s jumped out of several perfectly good airplanes. When not watching her son rule the soccer field or her daughters dominate the volleyball court, she watches Buckeye football and the Tampa Bay Lightning. She’s a wine-making (and wine-tasting with her girlfriends) aficionado. She loves all music. Thinks Eric Church is a rock star. Worships Jason Momoa. Believes Game of Thrones was the best show on television but lives by many Seinfeld-isms.

Everything His Heart Desires by Patricia

Spotlight and Excerpt: Claiming His Boll

Thank you for sharing!

This sounds so cute! Going to Hawaii to feel better sounds like a good plan to me. lol

I think she had a good notion, too, Mary. 🙂 Maybe we can steal away in her luggage.

Sounds good to me. I liked the excerpt!

That was a nice taste of the story, I thought, too.

I want to go to Hawaii or somewhere warm. Sighsss

Yeah, closest I’ll probably get is a romance like this. 🙂